Our transfer business may not be over, says Moyes

David Moyes says West Ham may still be involved in some last-minute transfer activity, with little more than 48 hours of the transfer window left to go.

The Hammers completed their eighth signing of the summer on Monday with the £37million signing of Lucas Paqueta from Lyon.

And although Moyes says he is unlikely to being any additional faces in, the boss refused to categorically rule out the possibility - while hinting at a potential departure.

"I wouldn’t completely say 'no', but in the same breath it could be 'yes' because there are one or two things we need to look at," Moyes responded when asked to confirm whether he was hoping to bring any further players in when addressing the media during his pre-match press conference on Tuesday.

And when pushed as to whether that might include Craig Dawson, who has been linked with a move to both Aston Villa and Wolved he replied: "That’s an ongoing thing at the moment. Ideally, we wouldn't but it's a complicated situation that he's in.”

Moyes was also asked about the possibility of signing Ross Barkley, a player he has been linked with previously and who is currently available following the mutual termination of his contract with Chelsea.

As for the club's most recent arrival, Lucas Paqueta, Moyes couldn't confirm whether he'd be available for tomorrow's visit of Tottenham - but admitted he was delighted to secure his signature.

"He’s not trained with us yet," revealed the boss. "We only got the paperwork done last night and we’re waiting on him arriving as he’s had to get his visa today. But he’s signed and that’s the important thing. He will be a big player for us.

"We’ve been watching him for a long time and he really came to our attention when he played against us for Lyon [in the Europa League quarter final] as he was their stand-out player.

"We looked a lot deeper and we didn’t think he would be available, so a big 'thank you' to the board for making it happen. He can play in two or three positions and it all made sense if we could get him. It's never easy to get big players. 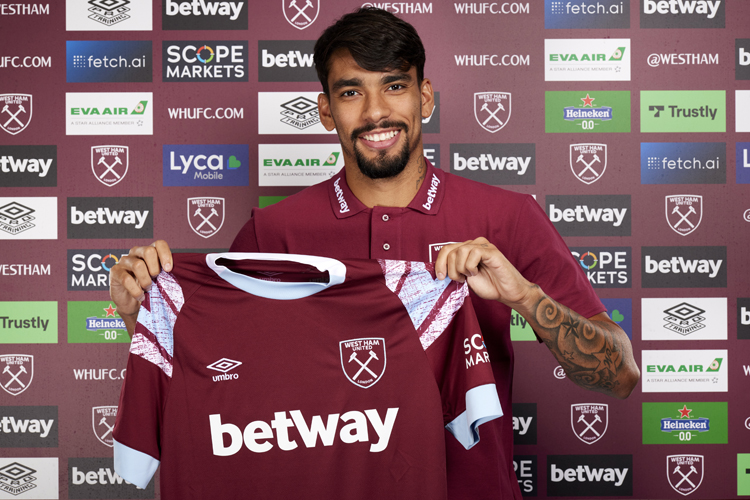 "As a manager you have to mould to the players you have got," he continued. "Micky Antonio has done an unbelievable job at centre forward for us and [Gianluca] Scamacca will be a different type of centre forward.

"Paqueta will be a different player to Jesse Lingard who played as a number 10 for us and Said Benrahma offers something else too.

"So we’ve got flexibility and we’ve started to bring in a better quality of player too. Italian internationals, German internationals; the proof is in the pudding, but I think we have raised the quality [of the squad]."
* Something to say about this story? Please visit the KUMB Forum to leave a comment.