Vladimir Coufal has been praised for giving his tracksuit top to a mascot who was suffering the ill effects of a cold winter's evening ahead of the Czech Republic's latest game.

The West Ham defender, who was representing his country in their friendly outing against the Faroe Islands last night noted that his assigned mascot was feeling the cold as temperatures in the Andrův Stadium dipped to close to freezing. 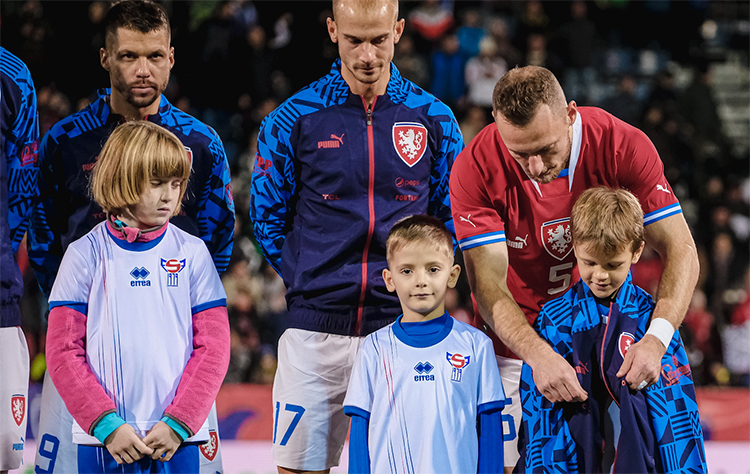 And as a result the 30-year-old Hammer kindly removed his tracksuit top which he draped over the shoulders of the boy - much to the youngster's amusement, as you can see in the image above, which comes from the Czech National Team's twitter account.

The Czechs ran out 5-0 winners on the night through goals from Mojmír Chytil, who scored a hat-trick on his home ground, FC Twente's Václav Černý and Puskás Akadémia's Patrizio Stronati, who grabbed the only goal of the second half.


You don't have to worry about your son getting cold while @Coufi5 is here pic.twitter.com/vlOXDRpmVM

Elsewhere last night, Thilo Kehrer was involved as Germany warmed up for the World Cup with a 1-0 win against Oman - the only goal of the game coming from Niclas Fullkrug. The defender played a full 90 minutes in central defence for Hansi Flick's side.

Fellow Hammer Said Benrahma played for 66 minutes against Mali as Algeria were held to a 1-1 draw in Oran, while Tomas Soucek was also in action alongside his compatriot Coufal against the Faroe Islands.
* Something to say about this story? Please visit the KUMB Forum to leave a comment.